All articles tagged with "Buff Man"

Slave struggles while being choked out

This buff man thought there was no way a sexy woman like this could hurt him, but he was dead wrong. She takes him to the mat in her sexy bikini and then she begins to strangle him in ways that he never thought was possible. She gets him down on the mat and gets him in a cobra choke before he even knew what was going on and begins gasping for air. 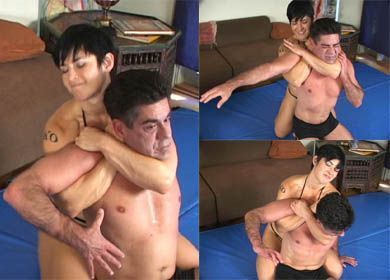