Mistress Lina was fed up with her boyfriend because he was lazy. All he did was to workout and nothing else. The mistress chose to try things that she had never done before. Since she also worked out and she was strong, she shocked the boyfriend by choking him today. As she did so, she told him she was tired of his lazy ass and he had to help around the house. 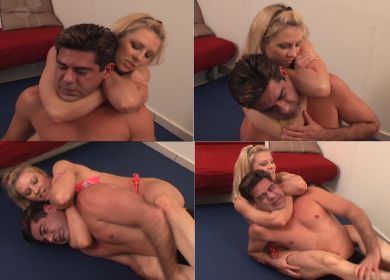