This guy is well built and he works out so he is quite strong. That is why he believed that this mistress had nothing on him and he let her try to choke him. He knew that he could easily break free from her chokehold but that was not to be as the mistress was stronger than she appeared and he had to cry and pee his pants before she let go of him. 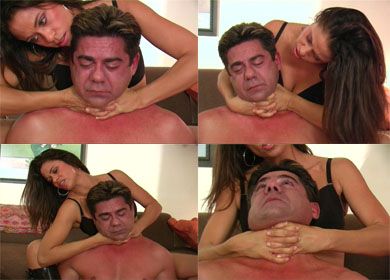