Mistress Xana likes to revenge on behalf of the weak and those who cannot defend themselves. When she learned that this guy had taken advantage of some orphans and a widow, she was pissed and she went to his house and strangled him. She used her leg scissors and a vice like chokehold to do it. The loser pissed on himself and had a red face. She made him not only apologize to them but also make it up to them financially. 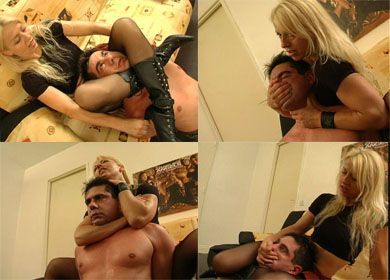