Mistress Kaki had a quarrel with her husband. She was fed up with the crap that came out of his mouth and she wanted him to shut up. But he could not shut up and he went on running his mouth. She surprised him with a choke hold and also placed her hands over his mouth and nose to prevent him from breathing properly. He nearly shit his pants as she degraded him. 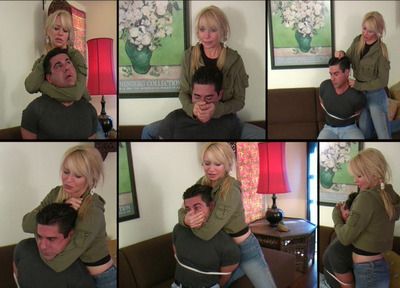